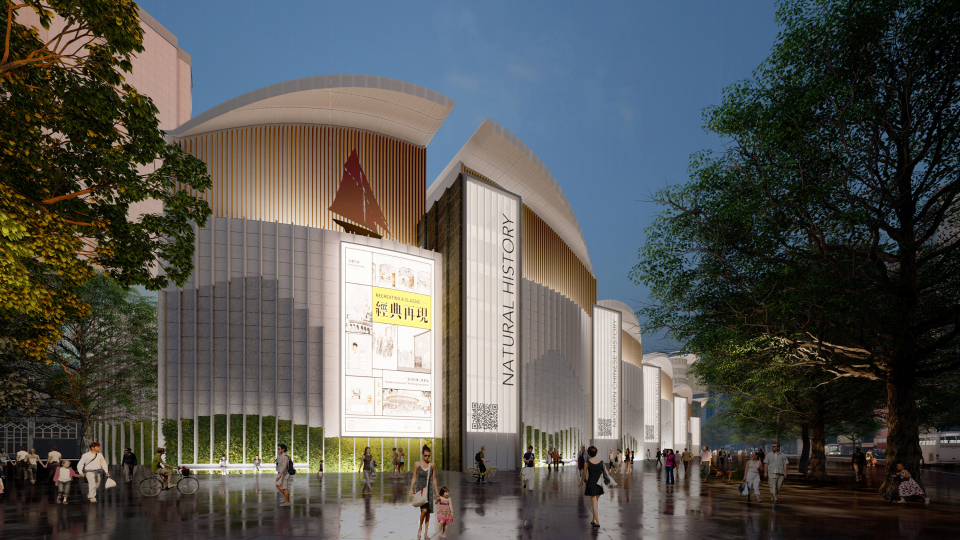 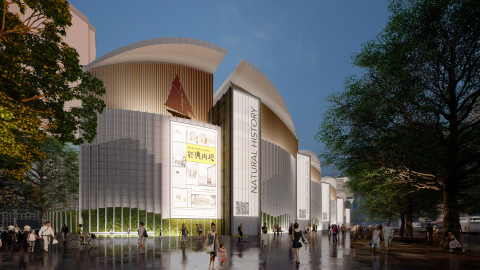 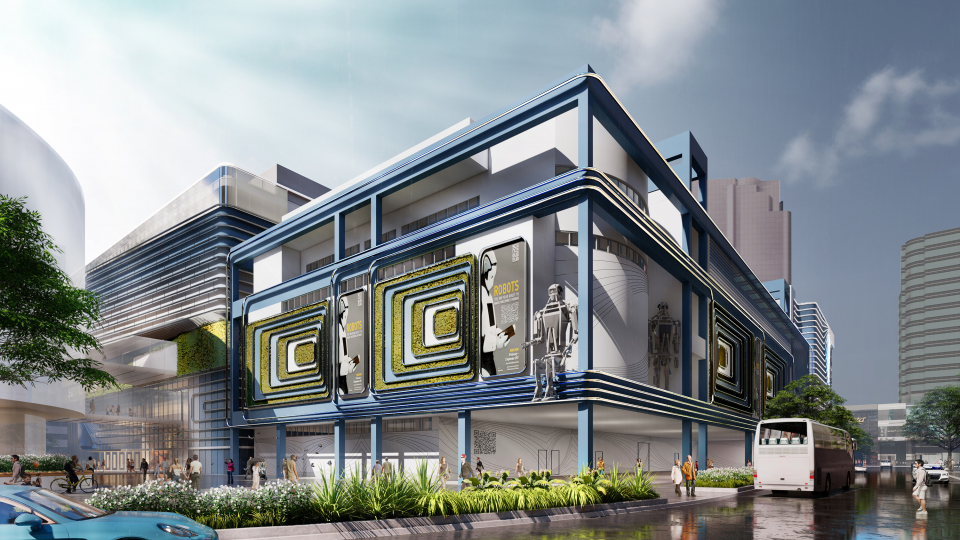 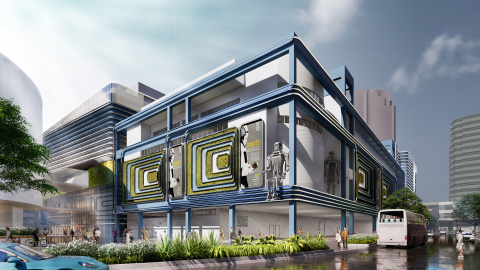 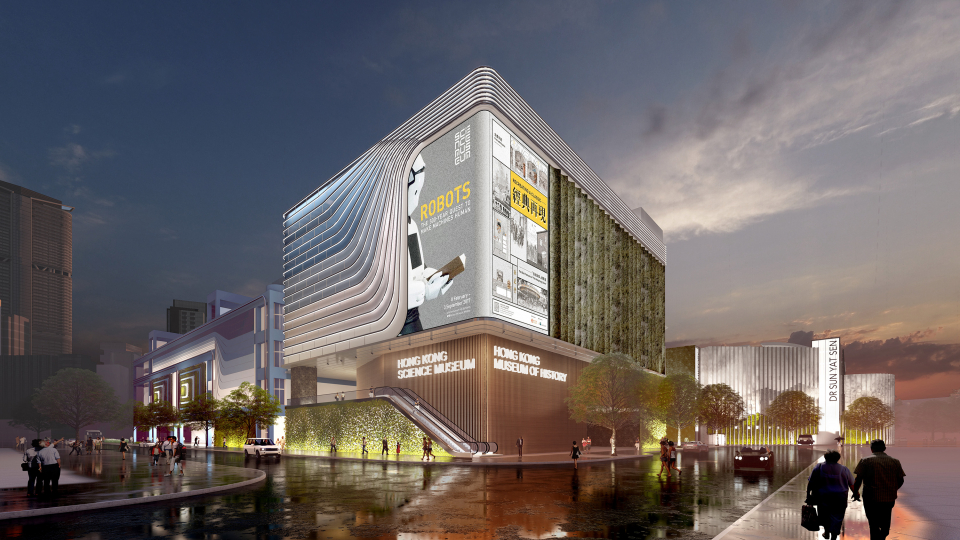 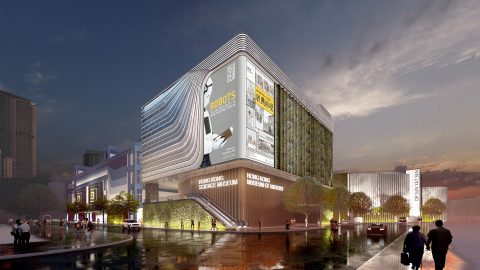 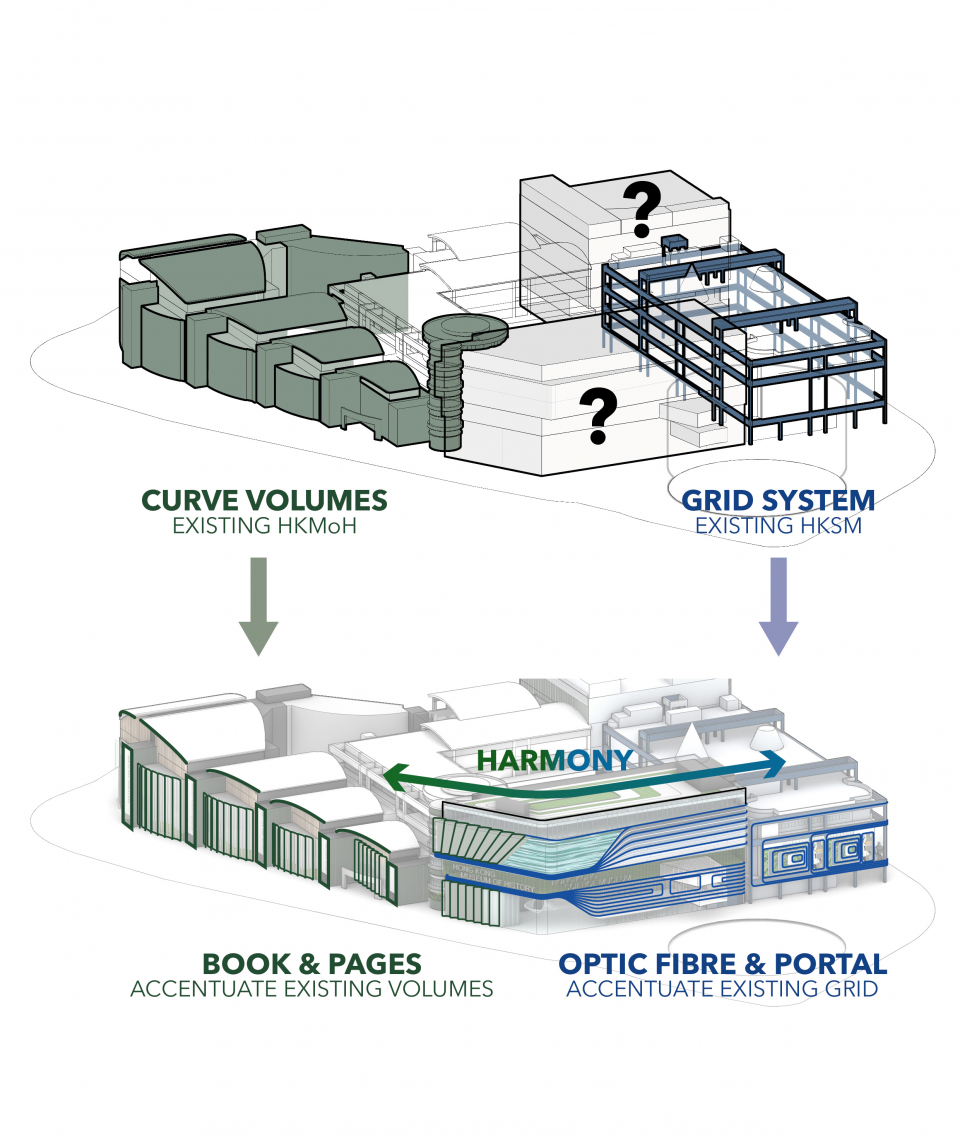 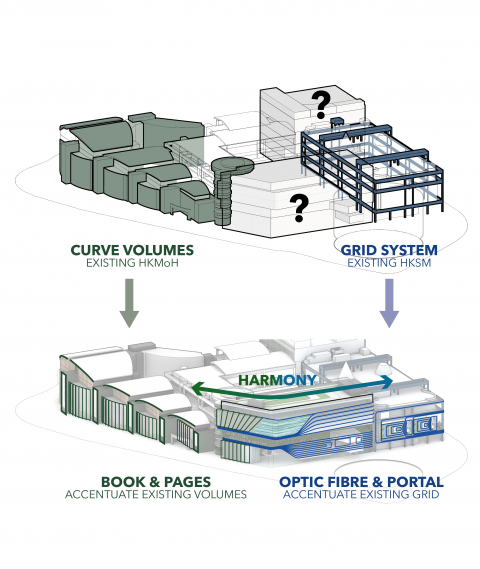 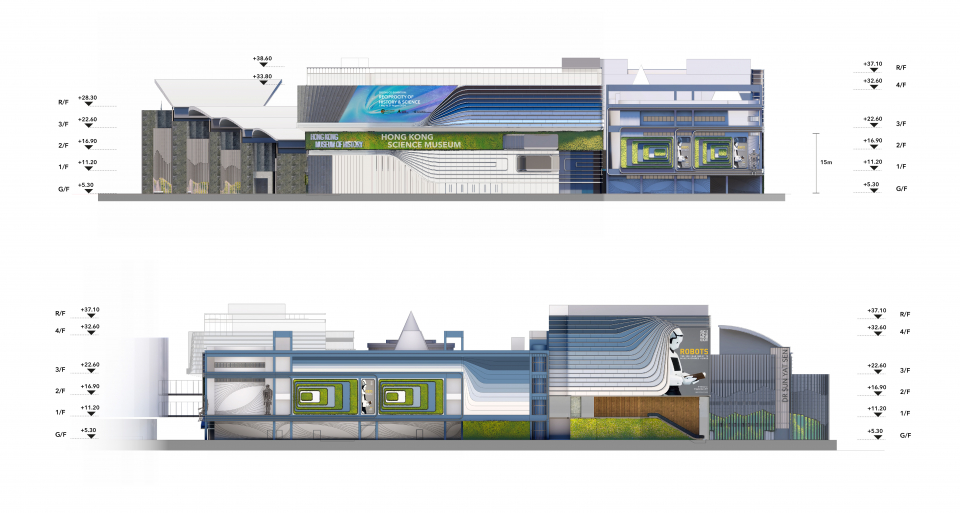 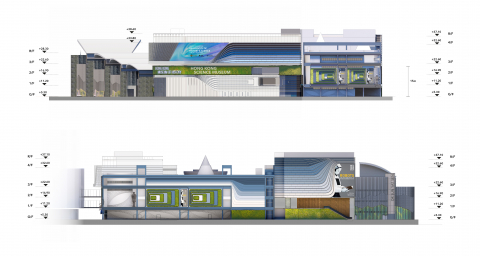 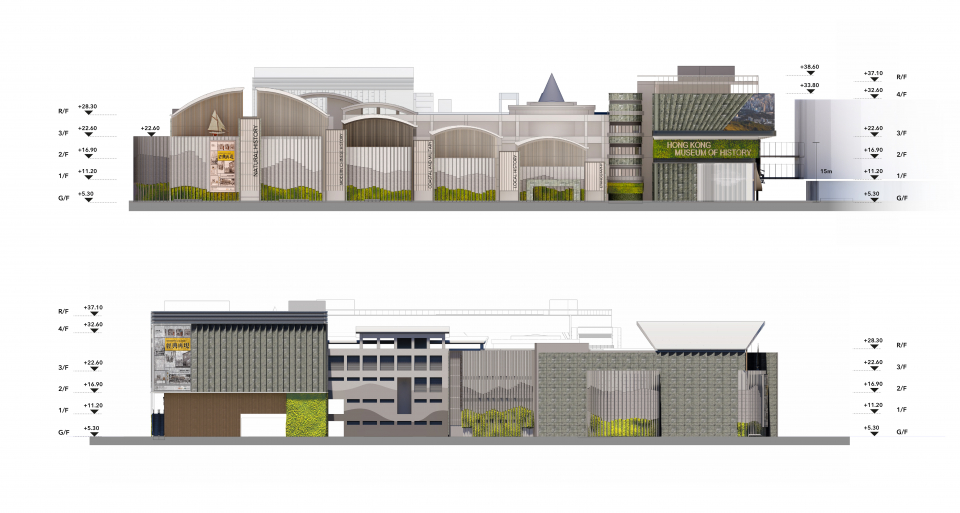 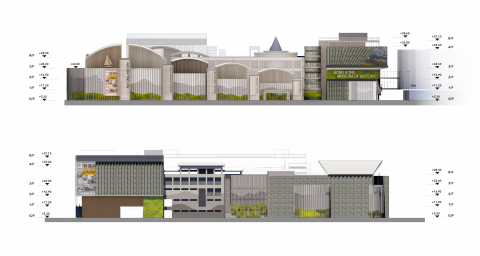 Why
Since 1990's, the Hong Kong Museum of History (HKMoH) and the Hong Kong Science Museum (HKSM) have formed a rich cultural legacy in Hong Kong. While the HKMoH allows one to delve into the history of Hong Kong, the HKSM provides an interactive and educational insight into scientific discoveries. In this regard, the design of the new expansion needs to be both a unique and harmonious, while at the same time being respectful of its existing form to create distinctive expressions for both museums.

After thorough study of the existing curving volumes of the HKMoH, the concept of the pages of books symbolically represents the museum’s role in revealing page by page, chapter by chapter, the stories of the past. The pages of history are conceptually represented as curved stone cladding panels that appear as if they are being peeled back one after another and is gradually extended to the main entrance. The rectangular blocks that are found in between the existing curved forms are re-designed into translucent light boxes that are used to promote the diverse historical categories on offer in the HKMoH. The green stone references the green tiles of the existing HKMoH to retain a hint of the past and to provide a subtle image of Hong Kong’s mountains.

The existing HKSM, has a prominent grid-like structure and a strong expression of horizontal lines. These horizontal lines are extended to the main entrance in the form of tubular pipes that are conceptual representations of optic fibre, as a celebration of its importance as the medium for modern communication and transmission of information, and to represent HKSM’s spirit of innovation. The tubular pipes also frame various façade areas of the HKSM to symbolize portals to encourage users to explore the future with imagination. A gradient of blue hues on the facade also references the colours of the existing HKSM façade, as well as symbolizes the harbour of Hong Kong which strikes a delicate balance with the green mountain hues of the HKMoH to create a strong image of two museums being fused harmoniously together.